***UPDATE: March 19, 14:30. Branches are trading again and CAT understands talks are underway with a potential buyer***

Cardiff-based Spartan Motor Factors, which operates a number of branches and employs 145 people across South Wales and the west of England, has entered administration. 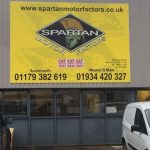 The administration process will be carried out by Deloitte’s Cardiff office. CAT spoke to a Deloitte representative, who confirmed that the firm was appointed on 13 March.

Deloitte also said there have been no redundancies so far, but was unable to confirm whether Spartan’s Newport head office and 10 additional branches were operating as usual.

Founded in January 2012, Spartan claims to have “one of the largest distribution centres and stockholdings in the South West”, with over 500,000 individual references available to order. A USP of the firm was a two-year guarantee on each parts sold. In its early years, Spartan won CAT’s Independent Factor of the Year award three times, and more recently picked up an award for enterprise from the Welsh government.

In 2018, Spartan rapidly expanded, opening two new branches in Blackwood and Swansea, shortly after cutting the ribbon at a new site in Pontypridd and a specialist cooling centre in Abercarn. Director Lee Gratton at the time said: “We are actively looking to expand the Spartan network further into England through either acquisitions or branch openings if the right individuals approach us.”

An official statement from Deloitte is expected to be released imminently. We’ll post it as soon as we have it.