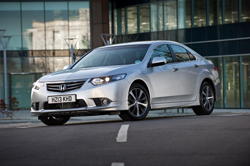 What Car? and Warranty Direct have published the results of their annual car reliability survey.

The survey highlights the most common faults and ranks manufacturers according to the likelihood of breaking down and the cost of resulting repairs.

Overall findings show that 23.5 percent of cars taken to a garage have electrical faults, while axles and suspensions accounted for 22 percent of problems.

The survey showed Japanese vehicles outlining their reliability by finishing top of the table based on frequency of faults and the cost of repairs.

For the eighth year in a row Honda topped the charts, with Suzuki, Hyundai, Subaru and Toyota completing the top five reliable car manufacturers.

Many prestige and luxury manufacturers appeared towards the bottom of the rankings, including Mercedes-Benz, Audi, BMW and Jaguar.

Warranty Direct Managing Director Duncan McClure Fisher said: “Household budgets are already strained, so the last thing they want is a vehicle that costs them yet more unwanted bills.”