THE GREAT CONSOLIDATION OF 2016 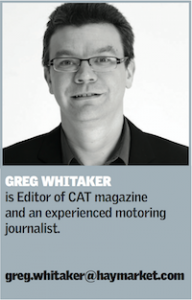 If there’s a word to describe the aftermarket in 2016, it must surely be ‘consolidation’ and when we bring up the topic, it’s one that animates Gael Escribe, the charasmatic CEO of the Nexus trading group. “You are right” he said. “There is a consolidation happening and it is having implications on how a distributor is treated by a manufacturer”.

“Whatever alliance he [the distributor] is in, it has a price differentiation that is increasing between the large consolidators and mid-size players. That’s where the ‘phase two’ of the Nexus project will focus on”.

As the group was established just three years ago, we are surprised that there is a change of direction already, but it is one that Escribe is keen to talk about.

FOUNDATIONS
Founded three years ago, Nexus became established as a trading group in an arena filled by the members of groups like Temot, AAG and ATR [See December CAT – ED] Offering suppliers the chance to deal with distributors in markets that they were not currently active in, and member companies the chance to buy on a global scale gave it enough difference from the other groups to make it seem an attractive proposition for some. “Copy and paste doesn’t work,” Escribe explains, adding that there have been other attempts at starting trading groups, but simply being a ‘bonus collector’ doesn’t work. “Exposure to emerging markets is our ‘killer app’ and our big thing”.

Despite this, Escribe believes that the model that has been used over the past three years is becoming out of date. “I think the whole model has to evolve and we have to be one to generate and then to accelerate change in this old-school trading group style” he said.

“In the meantime, financial consolidators that are busy and I see that they are one more incentive for trading groups to evolve and provide our members with the right conditions to operate” he added. “My new obsession is to focus on providing our members with the economics that enable them to operate professionally and with growth plans, as they have in front of them a number of ‘consolidators’ that have emerged since 2008” he explained, elaborating:

“We will enter into central sourcing activities and migrate from listing suppliers to basically becoming a buying force. We wish to leverage the huge volumes we have to target the best price in Europe, whatever consolidator we have in front of us”. Escribe is careful not to talk about consolidated companies by name, although you only have to think of ECP and Page in the UK and WM and Trost in Germany as some of the larger examples of the year just gone.

FUTURE
So the question is, what can be done about changing the model CAT’s lead story from December issue that he views as being dated? Escribe says that Nexus is building a sourcing team in Hong Kong where an office has been opened. As has been an often been the case with this particular trading group, the timeframe is ambitious.

“We have a three year timescale, so I want to see some results in 2017, but in three years I want Nexus to be providing our members with the economics not only to survive, but able to pursue their growth plans” he said.

Although Escribe describes his strategy in modern business language, it seemed to us to be similar to the old buying group model, where a group of distributors would club together to get the best price out of a supplier. If this is the case, the number of suppliers that the group buys from must surely decrease in order to get the best collective price. This is not necessarily the case, Escribe assures us. “We will increase our compliance ratio that our members have with suppliers, that is essential. We have over 60 suppliers that are supporting us and that is where we are going to maximise our volumes”.

An increase in volumes means in turn suppliers will be leaned on to provide a more attractive price, something that Escribe does not deny. “Of course I’m going to ask more of suppliers – that’s logical” he says, as if he was surprised we asked. “By obtaining more, the numbers of Nexus will keep on growing. That’s the theoretical mechanics that will be our obsession for the coming years”.

BREXIT IMPACT
Moving parts around the world is well and good, but here in the UK Escribe is of the opinion that the referendum result will be felt in the aftermarket. “Brexit will have implications, let’s be clear” he said. “By having potentially less central European logistics in the UK, it might give a bit less comfort to UK distributors when they are leveraging the logistics side of the manufacturers”.

Escribe refers to one manufacturer that has a historic base in the UK, but he tells us it has taken the decision to re-locate to the Continent. We’ve been unable to confirm if this is the case with the company concerned, but Escribe believes this will be the first of many. “Unfortunately, that’s a perception I’m receiving” he told us.

“It will probably be bad news for the smaller and mid-size players who were relying on the high level service they were getting from those manufacturers. It’s an opportunity for Nexus and Parts Alliance, but I won’t make a final conclusion yet as it’s too early”.

While it might be an opportunity, we wondered if the Parts Alliance would have to change its business model. As you’ll see in the news section of this issue, the PA has started some sort of clean-up operation, with traditional brands including GMF being liquidated on paper. Nexus is not a member of the PA of course – in fact the opposite is the case, but we ask if the PA has a plan for change anyway. If Escribe knows, he keeps his cards close to his chest. “I think Parts Alliance over the past year has had a plan and that was to gain more leadership in the UK” he says simply, adding that it might have to adjust its logistics to counter what he sees as a likely movement by suppliers away from having bases in the UK.

DIGITAL ECONOMY
Any analyst will tell you that the next few years is likely to see great change, not only in the type of components purchased, but in the way in which they are bought. This is a point that Escribe is well aware of. “For example, the website Auto Butler is a Danish company that was sold to Peugeot and it wants Escribe at 2016 Nexus conference to be like Booking.com or Trip Advisor for the independent garage” he explains, adding that the group has invited a number of speakers to it’s winter conference (an event described by Escribe in his usual business hyperbole as the ‘Davos of the aftermarket’) where the issue will be seriously debated.

Escribe clearly believes that the plan for the next few years is going to work. “We are saying that you don’t have to spend billions of Euros on making acquisitions to lead in this market. Now you know there is another potential way that is less risky, probably less exposed to the digital revolution” he said. “It’s great for LKQ for example to multiply acquisitions, but what happens in five years if digitalisation goes quicker than expected? I’m more in favour in our model, which is less risky – but I have to prove that the economics you can get by spending millions, you can potentially get instead by leveraging the volume and bringing our members into a limited number of suppliers” he concluded.

We’ll be interested to see how Nexus and other trading groups develop over the next few years.