THE INTRODUCTION OF THE APPRENTICESHIP LEVY 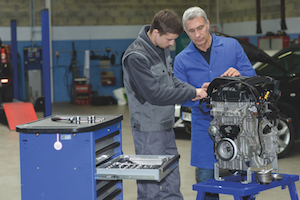 The long-awaited Apprenticeship Levy for UK employers came into effect from 6 April 2017. While it’s been widely heralded, few seem to fully understand what it is, how it will operate and what effect it will have on businesses.

WHAT IS IT?
When the present government was elected in 2015, it revealed ambitious targets to significantly increase the number of apprenticeships in the UK. The plan was that these apprenticeships would be funded in large part by employers and that in turn, they would be able to access the benefits of the new system.

The government then put forward more detailed proposals for a new levy on large employers, with the aim of supporting three million new apprenticeships for people over the age of 16 by 2020. In essence, the levy will be an obligation on all qualifying UK employers in both the public and private sectors to fund new apprenticeships from May 2017.

Although skills training is a devolved policy issue in the UK, the levy will apply equally to employers in England, Northern Ireland, Wales and Scotland. The government has plans to work with those devolved administrations to understand how they intend the levy to operate in their particular areas, but it appears that they plan to utilise the additional funds as a supplement to existing funding arrangements, rather than operate any centralised digital system comparable to that being set up in England.

In England, control of apprenticeship funding will be put into the hands of employers through the Digital Apprenticeship Service (DAS), an online service that:

The levy will be charged at a rate of 0.5% of an employer’s pay bill and will only be paid on annual pay bills in excess of £3 million. In reality, this affects less than 2% of UK employers. The levy will be collected by HMRC through PAYE, alongside income tax and National Insurance Contributions. The pay bill will be calculated with reference to total employee earnings (not additional payments, such as benefits in kind) and will be payable by the employer on a monthly basis. It will be up to employers to notify HMRC each month as to whether they are eligible to pay the levy.

When the money goes into the DAS, it gains a 10% top up from the government. This means that for every £1 that enters a business’ digital account, it gets an additional 10 pence. For example, if a company has a payroll of £3 million, they will pay £15,000 in levy payments throughout the year which will gradually appear in their digital apprenticeship account, and they will also gain an additional £1,500 (or 10%) from the government for the same period. Therefore, the company will have £16,500 in their digital account to pay for apprenticeship training and assessment.

A further aspect of the levy proposals will see each employer receive an annual allowance of £15,000 to offset against their levy payment. If the employer has more than one payroll reference, it may apportion the allowance between them. The levy allowance is spread evenly throughout the year, so that the amount offset against each monthly levy liability is one-twelfth of the total allowance for the year to which the employer is entitled. Any unused allowance from one month is carried forward to offset against subsequent months. At the end of the tax year, the employer may reallocate any unused portion of the levy allowance for one payroll against the liability for another. If the levy has been overpaid, the employer must offset the overpayment against its other PAYE liabilities, before making a claim to HMRC for reimbursement of any remaining excess.

If an employer starts or stops trading during a tax year, the pro-rated share of its allowance for the earlier or later months (as appropriate) is added to that of the month of commencement or cessation (so the full annual allowance still applies). If an employer chooses to adjust a previous month’s pay bill, it should account for the change in its next employer payment summary (EPS). If, at the end of the year, it determines that the National Insurance Contributions reported to HMRC are incorrect, it must submit a correcting EPS.

In the case of a group of employers, only one annual allowance of £15,000 will be available and it will be for the employers themselves to determine how this is apportioned between them.

Each apprenticeship framework will have a maximum funding band and the government has set 15 different bands. Employers can then negotiate an appropriate price with their training provider – for many larger businesses which have a training department, they may be able to make the levy go further by offsetting some of their own training input.

HOW WILL IT AFFECT FIRMS?
Companies which qualify to pay the levy will need to consider the impact that it may have on their business, including:

The government has announced that any unused levy funds (i.e. those that have gone beyond the 18-month expiry date) will be used to fund apprenticeship training for small and medium sized businesses, which do not reach the threshold to pay the levy in the first place. It is expected that the levy will raise approximately £2.5bn per year for training in England and that this will cover all employers who take on apprentices, regardless of their size, as there will be many employers who do not use all the money in their digital accounts. This means that non-qualifying businesses will not miss out.

Non-levy paying businesses with over 50 employees, or businesses that have used up their levy pot, will have to make a contribution of 10% towards the cost of apprenticeships. The remaining 90% will be paid for by the government. Smaller businesses will not have to make a contribution for apprentices up to the age of 23. For all employers who take on apprentices between the ages of 16-18, they will receive a £1,000 bonus payment from the government. However, it is also worth noting that the levy can be used to fund apprenticeships for new or existing employees of any age or position, as long as there is a genuine need for training. Employed adults can undertake apprenticeship training – they do not need to be in entry-level job roles and they can continue to be employed on their existing terms and conditions.

In light of these upcoming changes, therefore, it is important that businesses consider their strategy for dealing with the new levy. Although it may focus primarily on lower-level staff, it should also reach up to include leadership and management programmes and in some cases might also include professional pathways.