In early 2019 the owner of jeweller H Samuel was fined for providing misleading pricing information online. The case highlights what retailers can do when it comes to posting prices and promotions in light of a new national and international drive towards the enforcement of consumer protection laws.

Torfaen County Borough Council’s trading standards team pursued a prosecution over the ‘misleading pricing’ of a range of diamond rings on the H Samuel website. The charges related to the practice of using reference price promotions, where retailers show consumers a higher price at which the item has been offered for sale.

H Samuel’s website had failed to inform consumers that items had previously been offered at lower ‘intervening’ prices, so they were unaware whether they were receiving a genuine bargain. Signet Trading, the owner of H Samuel, cooperated with the council’s investigation and pleaded guilty to what the judge accepted were system failings as opposed to deliberate attempts to mislead customers. Whilst credit was given for that, H Samuel was fined £60,000 in respect of the sale of rings (which had brought in £6,500) and was ordered to pay the council’s costs of £13,382.

It’s clear from this case that retailers must be very careful with reference pricing not to mislead customers into thinking they are getting a good deal.

The Consumer Protection Regulations prohibit businesses from engaging in unfair commercial practices such as giving false or misleading information or exerting undue pressure on consumers. You should take time to read the entire 31-item schedule.

Crucially, consumers are not only people who actually buy from a business – they also include prospective customers, so anyone who saw the promotion in an advert or the shop window could complain.

The consumer rules require businesses to be proactive. They impose a duty to disclose material information that a consumer needs to make an informed decision. A common trap for the unwary is that liability for misleading by omission cannot be avoided if the retailer does not know what it should know and has taken no reasonable steps to find out.

If a retailer faces prosecution, it may be able to raise a defence that the offence was committed because of a mistake or cause outside its control; but only if all reasonable precautions were taken to try to avoid the offence.

However, there is no defence if a retailer knowingly or recklessly allows its employees’ conduct to fall below honest and professionally diligent standards at any point.

There are, however, some practical steps that retailers can take to avoid consumer protection offences. Following these should also provide retailers with evidence to support a due diligence defence if any complaint, investigation or prosecution is brought.

Firstly, it’s important to provide training to all staff involved and retain evidence of that training.

Next, taking care that all information presented to customers (potential and actual) is accurate, fair, not deceptive or misleading. Having safeguards in place as to the accuracy and security of all such information is key. Policies, as in any other part of a business, are essential. It’ll help a retailer if it maintains a comprehensive audit trail of all these efforts.

Earlier this year, the European Commission called for online shopping websites to give customers clearer information about pricing and discounts after finding that some 60 percent of websites showed irregularities regarding compliance with consumer protection laws. This was particularly so in relation to the advertisement of pricing promotions, and the failure of traders to provide an easily accessible link to the ‘online dispute resolution’ platform which is required under law.

This area is definitely one to watch and retailers should note that this new focus on compliance with consumer protection laws is likely to result in increased scrutiny at a local, national and even international level, of their online and marketing practices. 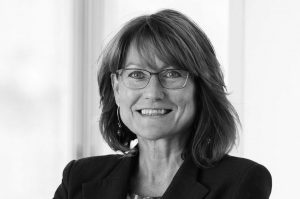 With national chains making cutbacks, is there an opportunity for local firms to expand?

This battery recycling plant looks like one of the seven circles of hell, but provides an important service