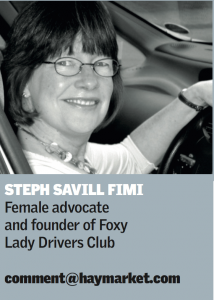 The image of the motor industry in too many motorists’ minds, fuelled by dubious garage surveys I suspect, is that it’s open for complaints. There’s no one organisation responsible for the industry’s reputation, the industry is largely unregulated, motorists are encouraged to buy cheap garage services despite safety concerns, staff don’t have to be licensed to service/repair or sell us used cars and bad businesses don’t join good trade associations.

COMPLAINTS HOTLINE
When it comes to CTSI schemes however, all make a selling point of their respective complaints handling processes whilst smaller and genuinely independent mediators are priced out of competing here.

Even a new industry service called THE Motor Ombudsman can restrict its CTSI approved services to the good garages and dealers, mostly franchised dealerships, that subscribe to it. Not the bad garages or dealers where an affordable Ombudsman service is needed most.

This means that trusting motorists who are ripped off by unscrupulous garages or car dealers have little support to call on, other than from Citizens Advice, the media or potentially expensive law courts, when things go wrong. There also seems no government awareness or will to remedy this area.

INDUSTRY PROBLEM
Fortunately I am an optimist as well as a realist so my contribution to this debate is to promote ALL measurable signs of garage and dealer quality to as many women as I can, working with the measurably best quality businesses to do this whilst encouraging more (brave) women to enter the industry to change its macho culture from within. 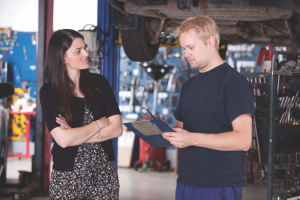 When all else fails and females, in particular, fare badly despite our intervention, hell hath no more fury than this Foxy Lady. After giving the business the opportunity to learn from and address a serious complaint, we will ultimately hand out and promote Red Cards within the Club about ‘couldn’t care less’ bad motor businesses so Club members know to steer clear of them.

One thing is for certain – I’m not giving up in this area because women need to know about the many good guys in this industry who’ve invested in being better than the rest and deserve to thrive ahead of lesser others!