THE RIGHT PART GOES BEHIND WHAT FITS 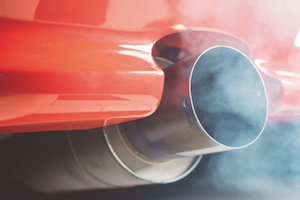 The rules around replacement parts are complex, but worth getting your head around, writes BM Catalysts Commercial Director Mark Blinston.

While there might be more hot air than hard facts about emissions across the mainstream press about vehicle emissions, there can be no doubt that reducing toxic gas and restoring trust in the motor industry is the greatest problem faced by the trade at the moment.

Everything is geared towards reducing emissions and much of the emphasis seems to be pointed towards vehicles and how we can reduce the impact that they are having on air quality. You may be wondering what we can do about it in the aftermarket; but one thing we can do is making sure the right part is fitted to the right vehicle based on the emissions standard of the vehicle in question – the Euro level.

Vehicles and replacement emission control devices must meet specific standards for exhaust emissions before they can be offered for sale in the European Union. Emissions limits are commonly referred to as Euro standards or levels.

Emissions are measured using a standardised test cycle called the New European Driving Cycle (NEDC). The NEDC was last updated in 1997 and is gradually
being replaced by the World Light Test Procedure (WLTP), which is designed to better replicate real driving conditions. WLTP is now being applied to new vehicles (types) but does not yet apply to replacement parts.

In order to test the durability of each part emission test results are most frequently multiplied by a deterioration factor; with the adjusted result then compared to the legislative limit. Deterioration factors are designed to simulate the likely change in performance of the part after it has aged with use over time. These deterioration factors have become more stringent over time, and so when coupled with the gradual lowering of limits it becomes considerably harder to achieve a pass when testing newer parts and newer vehicles. The largest increase in deterioration factors occurred between Euro four and Euro five.

In order to meet higher emission standards, it is frequently found that the OEM part is made to a higher specification than the lower EU level part it has superseded. Legislation requires a comparison of performance between a replacement part and its OE equivalent and so it naturally follows that tougher standards + higher deterioration factors + higher performing OE parts = a real need for a higher specification replacement part.

RIGHT LEVEL
The Euro level of each vehicle prescribed at the point at which that vehicle is Type Approved. A replacement part cannot be approved to a lower Euro level than that of the original vehicle; so if the vehicle is Euro five then the replacement must be approved to Euro five levels/limits. Testing and approving this part to Euro four would mean that it cannot be proven that it meets the relevant emissions standards and therefore cannot legally be fitted to any Euro five vehicle.

There are many catalytic converter and diesel particulate filter (DPF) references that appear to be physically identical but are, in fact, designed and approved for vehicles that carry different Euro levels. This is made possible as the internal specification of the part is largely the key to the emissions performance of the vehicle. For example, the Euro five version of the close-coupled cat for the Citroen C1 requires a specification that is more than 3 times that of the Euro four version of the part. A similar story is true of the Euro four/five Fiat five00 and Ford KA. Quite apart from it being illegal to fit the Euro four version to a Euro five vehicle, it will cause poor emissions performance with a much higher chance of related vehicle issues and potential part warranty returns. It can be easy to source the cheapest product which isn’t necessarily approved to the correct Euro level – the consequence of which is then a part that will actually not perform to the standards required.

CATALOGUE
The correct cataloguing of aftermarket parts is complex and challenging and many consumers will not be aware of the Euro level of their vehicle. It is therefore down to the garage and parts distributor to ensure that the part that is being sourced is approved for sale to the correct Euro level of the vehicle in question. This is something that has recently been identified as a “problem” in the aftermarket whereby parts can be physically the same, catalogued with the same start and close dates yet be very different both in terms of the internals and what they are legally approved for sale to fit.

In an effort to reduce the number of occasions that the incorrect part is being supplied and fitted to the vehicle, MAM (Autocat) will shortly be introducing the Euro level as a search criteria when identifying the correct part for a particular vehicle. Manufacturers of catalysts and DPFs will be asked to submit the Euro level for which their part has been homologated to enable an accurate match upon lookup. This is a positive step that the aftermarket is taking to reduce vehicle emissions.