Do you know your Lambda from your EGTS? Here’s a factor’s guide to what those small box parts actually do. 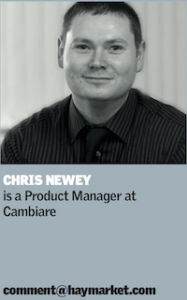 With the existing laws set by the Euro 6 legislation, the pressure for vehicle manufacturers to invest more resources into developing better vehicles that complied with the legislative guidelines are continuously scrutinised. Emission pollutants such as nitrogen oxide (NOx), carbon monoxide (CO), total and non- methane hydrocarbons, as well as various particulate matters were expected to be reduced with the use of modern automotive technology.

Effective reduction of pollutants goes beyond ensuring that emissions control systems such as CATs and DPFs are up to scratch. Vehicle electronics and engine management systems are integral in optimising a vehicle’s efficiency and in turn, lowering its carbon footprint. With a wide array of products that support the lowering of harmful emissions, we thought it would be worth sharing some points about the significance of the various sensors that you deliver to garages everyday.

LAMBDA SENSORS
By the simplest definition, lambda sensors monitor the air- to-fuel ratio within the exhaust and relays the information to the ECU. Lambda sensors are vital to ensuring a vehicle’s optimal performance and aid to reduce harmful carbon emissions.

Traditionally, lambda sensors produce a voltage signal based on the volume of air detected in the exhaust. If the mixture is too rich (too much fuel supplied), the sensor produces a voltage of around 0.9 volts. When the mixture is too lean (insufficient fuel supplied), it produces around 0.1 volts. A perfect stoichiometric ratio produces 0.45 volts. To compensate for imperfect mixture ratios, the ECU adjusts the fuel mixture by adding more fuel when the mixture is lean, or using less fuel when it is too rich.

Whilst traditional lambda sensors do the job of regulating the stoichiometric ratio, it was unable to provide the ECU with an accurate reading of how rich or lean the air-to-fuel ratio was. Lambda sensor technology needed to keep up with the demand of the tighter euro emission standards.

With the introduction of the 5-wire lambda sensor, the ECU is not only supplied with a signal that relays if the air-to-fuel ratio is running too rich or too lean, it also conveys by how much. This precise information is swiftly sent to the ECU to allow the vehicle to rectify the air-to-fuel ratio more efficiently and effectively and increate the overall performance of the vehicle.

EGTS
In comparison to lambda sensors, exhaust gas temperature sensors are relatively new. An EGTS measures the temperature of the exhaust gas that is monitored by the ECU to help prevent long-term damage to components. The EGTS protects a vehicle’s exhaust system from overheating, which is especially important when a diesel particulate filter regenerates. The DPF reduces the amount of soot that is released with exhaust fumes by collecting and storing it within the filter. Over time, soot accumulates within the filter and needs to be incinerated at extremely high temperatures
in order to remove from the exhaust system and release it in the surrounding air, safely.

Typically, exhausts run at temperatures in excess of 900C in order to successfully regenerate the DPF. At these extreme temperatures, thermal overload becomes a huge risk. The EGTS monitors the heat produced from the exhaust, supplying the ECU with a signal to ensure that the temperatures reached do not fall outside a vehicle’s safety parameters.

Due to the extreme conditions that EGTS operates in, they are prone to damage during exhaust component replacements. Therefore, they need to be replaced simultaneously with a DPF and/or exhaust, as opposed to waiting for the dashboard warning light to illuminate.

EGPS
EGPS are differential sensors that measure the pressure of gas between the intake and outtake the diesel particulate filter (DPF). By measuring the pressure, the EGPS communicates a voltage signal to the ECU. This enables the system to detect the level of soot and particles collected within the DPF. This information enables the ECU to monitor and detect when regeneration is required for efficient emissions reduction.

As a result, a malfunctioning sensor can cause a variety of problems which impacts the increase of oil consumption and emissions. If the sensor is faulty, DPF regeneration can increase unnecessarily leading to the shortening of the DPF lifespan.

Cambiare covers a range of applications within its portfolio of lambda sensors and EGTS. Stocking more than 100 EGTS and 500 lambda sensors, they are available from FPS via same/next-day delivery.