The latest rumblings from Europe are that the OBD port will remain to be fitted to vehicles, even in the age of ‘over the air’ diagnostics and software updates.

Lobbying from various trade groups, both in the UK and on the Continent have persuaded the EU council’s main preparatory body has agreed that the socket should remain.

All is not plain sailing however. There is still the possibility of the legislation being vetoed as it has to be voted on by both the EU Parliament and the EU Council, plus the ruling states that the port only has to work ‘when the vehicle is in motion’, meaning VMs could still get around key-on-engine-off diagnostics.

The IAAF was one of the trade bodies involved in the negotiations. Chief Executive Wendy Williamson said: “This is fantastic news, and although not the end game it’s a significant step towards keeping the OBD port alive.

“The missing OBD connector would impact not just on garages but the entire spare parts supply chain including manufacturers, distributors, producers of diagnostic equipment and dedicated software for the OBD connector, as well as millions of consumers who would no longer have a competitive choice in vehicle servicing and repair.” 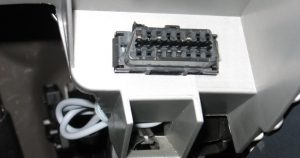 The agreement will now need to be approved by the EP IMCO Committee before it is submitted for approval. If approved by the European Parliament, the new regulation will come into play from 1 September 2020.