UNDERWRITERS AGREE AN ‘URGENT NEED FOR REFORM’ IN INSURANCE MARKET 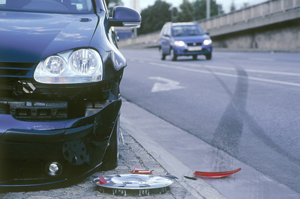 A ‘very broad prohibition of referral fees’ and an ‘urgent need for reform’ is needed in the insurance market according to the body which represents eight syndicates of motor underwriters.

The Lloyd’s Market Association has agreed with the Competition Commission view that the insurance market currently is acting to the detriment of motorists and that intervention is necessary.

While the LMA said the situation was complex and provided no easy solutions, it was clear that referral fees should be scrapped and sooner rather than later.

LMA’s Underwriting Manager David Powell said: “A fundamental question for motor insurers and regulators to consider is whether or not non-fault claims should be used to generate profits, or inflict inflated costs on competitors.”

Given the urgent need to shake up the operation of the market, the LMA has asked the CC to consider whether changes can be introduced by market agreement and enforcement orders rather than a change in the law.

The LMA’s response to the CC’s remedies comes after the National Association of Bodyshops criticised the actions and behaviour of insurers and regulatory bodies, which it felt has risked the integrity of the industry.

It believes that both the Financial Conduct Authority and the Insurance Ombudsman have tolerated insurers dysfunctional behaviour and ignored the unrestrained opaque relationships they hold with each other.