As the Verification of Lubricant Specifications receives its 50th case complaint, the Director reviews the cases it has investigated so far 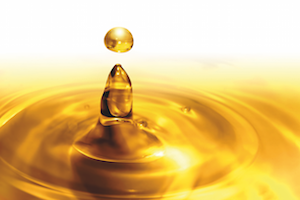 VLS was formed in 2013, when the industry faced a real problem. Lubricant products were being sold by some new market entrants with claims that just did not seem to be believable. Closer inspection found that occasionally sub- standard formulations provided by newly-established companies were being passed off as the latest specifications to their customers, or even failing to perform effectively at low temperatures.

Even though the majority of lubricants were compliant with relevant market standards and manufacturer approvals, out of this concern reputable lubricant blenders and manufacturers came together to launch the Verification of Lubricant Specifications (VLS), an industry-led service that independently validates complaints regarding the technical specifications and performance claims of products.

Four years on, VLS has tackled 50 cases, receiving its 50th complaint in September this year. Looking back over the cases so far presents some interesting reading.

MISLEADING CLAIMS
The first case was received in March 2014. The complaint related to an engine oil which was making unrealistic claims that did not comply with ACEA sequences for which it was claimed to be suitable. At the time, VLS was still relatively new and people did not know what to expect. The company involved soon saw that it meant business as the case was escalated to Trading Standards and the company suspended from membership of the United Kingdom Lubricants Association (UKLA) until the matter was resolved.

Non-compliance with ACEA has accounted for the majority (60 percent) of cases. These engine oil sequences change every four years to take account of developments in emission regulations and technical developments in OEM engine design. Lubricant marketers need to manage their stockholding to ensure they are not left with old stock on the shelves when the new sequences become mandatory. VLS cases have shown that they will get reported, investigated and required to withdraw mislabelled stock if necessary.

COLD WEATHER
Around a quarter of cases have related to low temperature properties, which is a particular safety issue. In one case a lubricant was found to turn solid at temperatures of minus 40 degrees centigrade. Whilst the temperature in some parts of the country rarely stays below freezing for a sustained length of time, in Scotland, extreme temperatures are not uncommon. To be within specification, lubricants must be able to perform even in these extreme conditions to avoid damage to vehicles.

OIL TYPES
Of the cases investigated three quarters have related to passenger vehicle engine oils. This is in line with expectations, as automotive comprises a significant sector in the marketplace, as much as half of all lubricants sold. However, VLS’ remit does include everything from engine to transmission and gear oil and all have featured in cases. Seven cases of automotive gear oils with suspected low temperature properties have been investigated. Cases have also been reported in automotive transmission fluids and hydraulic fluids. VLS has even investigated agricultural tractor oil. So far only two cases have been received relating to industrial products and one in the marine sector. VLS plans to focus on raising awareness in this sector as well.

AFTERMARKET AND BEYOND
Over the course of 2017 the number of cases brought to the attention of the organisation has reduced as the initial issues of non-compliance have been tackled in the wider lubricant marketplace. There is now a greater awareness amongst marketers and blenders as to what constitutes a compliant product.

We know this because blenders report that there is a greater degree of compliance in the market place, additive companies tell us that they are engaging with companies that they have not had a relationship with previously, and European body ATIEL has also begun its own programme of policing conformity.

If you have any concerns about lubricant products then you can report them to VLS by calling 01442 875922 or emailing admin@ukla-vls.org. uk. VLS handles all cases anonymously through a clearly defined process which includes technical review by a panel of experts from across the industry and dialogue with the manufacturer and all relevant parties to work together to resolve any issues.