THE BUDGET FOR AFTERMARKET BUSINESS 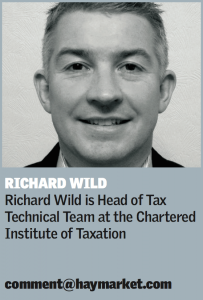 The Chancellor’s Budget this March was eagerly awaited, not because it was such a rare occasion (it was effectively the fourth in a year if the Autumn Statement is taken into account), but because many expected either radical changes or limited proposals because of the forthcoming vote on EU membership.

Most of the coverage in the mainstream press concentrated on beer, tobacco and of course the sugar tax. However, for businesses – and particularly for business owners.

The main changes from 6 April this year that most will be interested in are the new Personal Savings Allowance, Dividend Allowance, and the higher rates of tax on dividend income. Business owners who pay themselves by a mixture of a salary and dividend will need to review this to see to what extent they are affected by these changes. Indeed, in terms of personal taxation, Class 2 national insurance contributions for the self employed are to be abolished from April 2018.

Further, the Chancellor is to raise the threshold for paying income tax to £11,500 by 2017 while the threshold for paying the higher rate of tax is also to be raised, meaning that the high rate threshold will rise from £43,000 to £45,000 in the tax year 2017/18. There was also a surprise reduction in the main rates of Capital Gains Tax (CGT), which is payable on the sale of assets that have increased in value, such as property investments and shares although investments in residential property will still be taxed at the previous, higher rates. The changes mean that from 6 April 2016 the 18% rate of CGT falls to 10% and the 28% rate of CGT falls to 20%. But there was more in the budget for businesses.

CORPORATION TAXATION
Many will be pleased that the Chancellor announced a range of measures to prevent gaps or deficiencies in the tax rules from providing opportunities for multinational companies to minimise the tax that they pay. However, he also announced that corporation tax was to be to cut to 17% by April 2020. 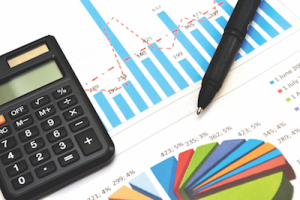 On the tax front, and while previously announced, there are many changes to the employment taxes rules which businesses need to be mindful of, all taking effect from 6 April 2016.

First off there’s the abolition of dispensations which save the reporting to HMRC of expenses and Benefits In Kind (BIKs) paid to employees. Dispensations will be replaced by an automatic reporting exemption for approved reimbursed expenses. Any existing dispensation will no longer be valid after 5 April 2016. From that date, any fixed rate expenses payments outside the rates set in law will need to be agreed again with HMRC. This even includes where an industry approved rate is being used, such as the Road Haulage Association rate for lorry drivers. Any employer with existing bespoke rates agreed in their dispensation will need to reapply for approval of the rate with HMRC before 6 April 2016. If they don’t, the dispensations will no longer be valid and the amounts will therefore be subject to tax and NIC.

The abolition of the £8,500 limit for BIKs means that all employees, no matter their level of pay, will need to be considered when determining whether it is necessary to report any BIKs received on form P11D.

MORE TAX
A number of fairly specific measures were also announced, which might impact on you depending upon the nature of your business or how you are structured. These include: Stamp Duty Land Tax, Insurance Premium Tax and salary sacrifice. The latter warrants a little explanation. Salary sacrifice arrangements enable employees to give up salary in return for benefits in kind that are often subject to more favourable tax treatment than if paid by way of salary. The government is therefore considering limiting the range of benefits that attract income tax and NICs advantages when they are provided as part of salary sacrifice schemes, although pension saving, childcare and health-related things such as cycle to work should continue to benefit.

  MAKING TAX DIGITAL
In the March 2015 Budget the government committed to transform the tax system through digital technology and end the need for annual tax returns. It has ambitious plans to require businesses to keep digital accounting records, and require them to update HMRC from these digital records at least quarterly. Some of these measures will be introduced from April 2018, with the remaining changes coming on stream in April 2019 and April 2020. Businesses will be able to make ‘pay as you go’ tax payments, to ease the impact of their final tax bill. Whilst this seems some time away, businesses should start planning for these changes now, especially if manual accounting records are currently being kept.