Human capital is more than just a resource, it is your strongest asset – so look after it writes Adam Bernstein 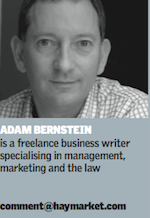 Employees are a firm’s greatest asset and they’re probably the most expensive too. So why is it that some employers and managers seem hell bent on treating their staff so poorly? Why do they create ‘them and us’ divisions without a care?

Having a unified and happy work force is critical to success. Employees can make or break an organisation. Staff don’t have to go the extra mile, they can upset a customer base, and they will leave for other opportunities taking both knowledge and customers
with them.

Any manager worth their salt knows that recruitment of replacements is both expensive and disruptive.

FIVE CAUSES FOR CONCERN
Lee Ashwood, a Senior Associate in the employment department of law firm Eversheds, reckons that there are a number of common causes of employee malcontent.

In his experience, and in no particular order, there are five key areas of concern.“The first”, says Ashwood, “is company sick pay being withheld in situations where the employer has a discretion over the payment.” From his point of view, those genuinely unwell consider the withholding of monies as an arbitrary penalty.

Next he sees real and sometimes bitter disputes over pay “in relation to hours worked, what constitutes overtime and, of course, simply not being paid enough in their opinion”. The issue at hand is that the web has made salary and pay more transparent and staff consider it their right to be paid the market rate. A number of cases on this have been brought and won by employees.

Thirdly, and this is a big problem for Ashwood, is inconsistency in treatment: “I’ve seen on many occasions situations where an employee feels that they are always given the worst tasks to complete, have not been allowed time off at short notice when others have in the past, or have not had the perks that others have been given in similar circumstances.”

Fourth on the list, and one that many can attest to, is an employee thinking that their workload is too much or that work has not been distributed evenly. This disparity is a real cause of employee stress that can lead to an employer either paying for employee sickness and lost production or finding themselves in a tribunal.

The last cause for concern for Ashwood fits under the heading of bullying by managers and colleagues. Indeed, a recent report by the arbitration service ACAS has found that workplace bullying may actually be on the rise, with ACAS receiving around 20,000 calls relating to bullying each year, more than ever before. 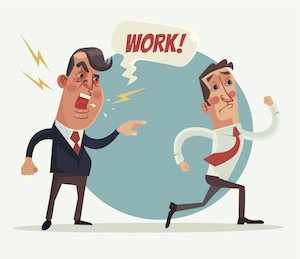 STAFF RETENTION
Points raised about staff retention are true in to all businesses, but it is perhaps factors that rely most on having bright and committed individuals on their teams. However, it is exactly because these people are both bright and an asset, that rival firms will try and poach them… and if the employee thinks they are getting a raw deal at their current employer they will move. Interestingly, research shows that this rarely has much to do with money – more often than not it is to do with how they perceive themselves to be valued by the company. Consider the number of Unipart Automotive employees who ‘defected’ to other companies well before the firm went bust in 2014. If employees think there is a lack of opportunity then there will likely be a high turnover rate.

STAFF APPRECIATION
So with the scene set, why do employers make mistakes? Do they misunderstand the law? Do they deliberately ignore the process? Or are they simply failing to appreciate the value and views of their staff?

With his lawyer’s hat on, Ashwood thinks that “making mistakes in not following what the law requires is understandable as it is often complex” and not well-known. “However,” he adds, “if you treat staff with empathy and respect, you rarely give them a reason to check to see if you are treating them in accordance with the law. It is not appreciating this point that leads to very common mistakes which in turn lead to disgruntled staff, grievances being raised or, worse, Employment Tribunal claims”.

CLAIMS ARE STILL BEING MADE
July 2013 saw the introduction of tribunal fees paid by claimants and although the number of claims has fallen from 50,000 in the first quarter of 2013 to just over 17,000 in the fourth quarter of 2015, an employee claim is not something that employers should welcome. Indeed, in a March 2015 report in the Daily Mail, The British Chambers of Commerce estimated (then) that the average cost to a business of defending itself at tribunal was £8,500 while the average cost of agreeing a settlement was £5,400.

BRING ME SOLUTIONS
The most obvious solution to counter discontent is for employers to take time to consider the impact of a decision on the employee in question; explain the reasons for the decision; and listen to any objection the employee may have about the decision. Following this course of action would make a number of employment lawyers very and distinctly unemployed.

Moving on, the better employer understands the importance of employee motivation, something that Richard Branson is well known for. In an April 2015 blog, How to keep your best staff, Branson underscores one of his key principles…that staff matter: “Making money or moving up the corporate ladder is no longer considered the be all and end all of career success. Today, one of the biggest indicators of success is purpose. And, in a world where purpose reigns supreme, it’s only natural for people to want to be heard and have their opinions valued.”

This logic is noted by Ashwood who understands that every staff member is likely to have different reasons and motivations for coming to work: “Just because you are solely focused on making your business as profitable as possible and would be prepared to work all hours to do this, does not mean others are or should be judged negatively because they are not. This means you should not take staff for granted and should try to tap into what motivates them in order to improve their performance.”

MOTIVATION
So let’s look at motivation. In simple terms, people work because they are either extrinsically or intrinsically motivated. The former is the poorer relation. In essence, it uses bribes to get staff to work harder – pay, holiday or some other reward. The problem is that the efficacy of an extrinsic motivator wanes given time and once the employee becomes disgruntled with the amount of tax charged to the ‘bribe’. Alternatively, and more preferable, is the pursuit of intrinsic motivation where staff do something because they want to do it. It’s the very reason why someone will willingly work through their lunch hour or will go beyond the call of duty to help a customer.

To be a successful manager that can instil intrinsic motivation within employees requires an ability to understand what an employee can do and also what they like to do. These goals can be matched in a number of ways.

Firstly, managers should help staff to develop themselves so that they maintain their market potential. Ignore this and they’ll leave for a firm that will. Next consider that staff now want a good work-life balance because after all, there’s no point being the richest man in the cemetery. Not everyone works for money – it’s the ‘eat to live’ rather than the ‘live to eat’ perspective.

Of course, businesses are not democracies, but nevertheless, staff like to feel that they have some level of input to decisions that affect them. The web has clearly exacerbated the importance of this point and firms that keep employees in the dark will eventually lose out to rumour and gossip.

Firms that don’t treat staff like automatons and who instead offer interesting tasks will keep employees more firmly engaged. It’s a sad function of modern life that people nowadays have shorter attention spans, something that can be squarely blamed on smartphones.

And lastly, staff bask in the glow of recognition for their efforts. Positive feedback and constructive criticism will do wonders for keeping an individual within a firm with velvet handcuffs.

To sum up the mantra for managers must be to look beyond the balance sheet and to those that are the backbone of the business. Get it right and employers will be on to a winner. Get it wrong and it’ll surely be the death knell of the firm.