More than half of car owners (56%), who had an MOT due between 30th March and 31st July 2020, chose to use the six-month extension to delay their car’s test beyond the expiry date on their existing certificate, according to a YouGov poll commissioned by The Motor Ombudsman

Nearly three-quarters of motorists (72%) who had opted to prolong the annual safety assessment, told the pollsters that they have followed government advice and carried out regular maintenance checks on their vehicle prior to taking it to the garage for an MOT.

The study also found that making tests mandatory from 1st August has done little to create a renewed sense of urgency to book a test, with only 29% of people that had passed the original expiry date, stating they had already done so.

Commenting on the research, Bill Fennell of The Motor Ombudsman, said: “The results of our study and wider industry data clearly shows that there is cause for worry, due to the number of potentially unsafe cars on the road that have not had their MOT. This is compounded by the concern that the recent government announcement has created very little impetus to buck this trend. If their personal situ 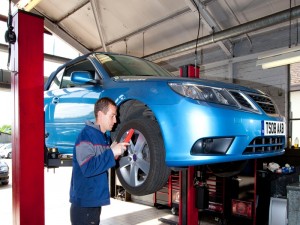 ation allows, and with many garages and repairers once again opening their doors following the lifting of recent lockdown restrictions, we are urging consumers to take their cars for the annual assessment as soon as possible. This means that they will have a better chance of securing a booking, and will also help to alleviate a large build-up of outstanding tests that could leave MOT stations unable to cope at a later date.”