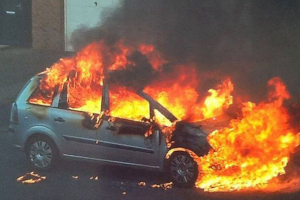 Two senior employees of General Motors have faced a Commons Select Committee over the infamous Vauxhall Zafira fires and the causes as well as the firm’s response to them.

Charles J Klein, an Engineering Director at GM and Peter Hope, Vauxhall’s Customer Experience Director fielded questions from a hostile panel. When being probed on the cause of the fires, Hope said that isolated incidents had been reported as far back as 2009, but it was in 2014 when a spate of fires happened and a pattern emerged. When pushed on the cause of the fires, Hope said: “We investigated a situation where the thermal fuse had been manipulated in a way that it could present a fire risk. The components had been manipulated because when the fuse was repaired and not replaced it represented a fire risk. Without the repair, we were unable to get temperatures over 100 degrees – not hot enough to cause a fire”.

He added: “The manipulated fuses are likely from the ‘outside’ automotive service industry. I would say that the fuse is not meant to be repaired”. However, the politicians were not impressed with this explanation. Committee Chair Louise Ellman MP found it ‘incredulous’ that Vauxhall had not attempted to find out where these supposed ‘manipulations’ were performed. “It seems odd. You are so convinced that this is the cause of 300 fires, but you haven’t been able to find any garage that has done it?” she asked.

Klein admitted that a ‘second root cause’ was identified when cars that had already been through the first recall continued to catch fire. However, the explanation cut no ice with Stewart Malcolm McDonald MP who said: “I feel you have led the committee a merry dance. At first you said there were up to 300 road mechanics that had manipulated the fuse, and then when pushed you said that there may be a fault with the vehicle. Which one is it?” On this, Hope could only repeat the statement that ‘two root causes had been identified’.